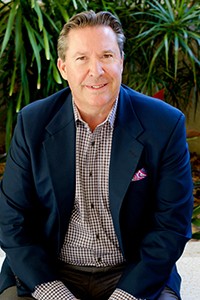 John D. DesPrez III, a prominent executive in the financial services industry, has served as Chief Executive Officer of Incapital, LLC since January 2015. Incapital is a leading underwriter and distributor of fixed income and market linked securities, based in Palm Beach County, FL.

Prior to joining Incapital, Mr. DesPrez served as CEO of John Hancock Financial Services and as Chief Operating Officer of Manulife Financial, one of the largest diversified insurance groups in the world. Mr. DesPrez oversaw the U.S. operations of Manulife for 10 years, during which time the company purchased John Hancock. As CEO and President of John Hancock Financial Services, Mr. DesPrez oversaw a broad-based financial services operation with multiple business lines, including annuities, mutual funds, group pensions, college savings plans, structured financial products, managed accounts, and life and long-term care insurance. In addition to Manulife’s U.S. operations, Mr. DesPrez was later also given responsibility for Canada and Asia, and then became COO with oversight of all the firm's operating businesses around the globe.

A native of Cleveland, Mr. DesPrez majored in economics at Harvard College and graduated from law school at Georgetown University. He previously served on the Board of Governors of the Investment Company Institute and the Board of Directors of the American Council of Life Insurance, both in Washington, D.C. Mr. DesPrez continues to serve an honorary trustee of the Institute of Contemporary Art Boston and the Massachusetts Eye and Ear Infirmary. Mr. DesPrez also serves on the boards of Halstatt, LLC, a Collier family holding company, Haversine Funding, LLC, a non-bank lender and of the Boca Raton Museum of Art.

We are here to help you succeed and grow your business.

Get In Touch
or email us at info@haversinefunding.com